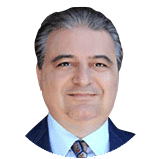 Amir Kalali will serve on the Nomination and Corporate Governance Committee.

Dr. Kalali is a physician scientist, recognized globally as a leading innovator at the intersection of life sciences and technology, and a convener of collaborative high impact forums. He is a board director of both private and publicly traded companies, and advises companies in the lifesciences and technology sectors, universities and investment groups. Dr. Kalali is the Co-Chair of the Decentralized Trials and Research Alliance (DTRA), Chairman and Chief Curator of the CNS Summit, a forum focused on the future of life sciences, and was the Founding Chairman, and sits on the Executive Committee of the International Society for CNS Drug Development (ISCDD), one of the first independent non-profits to bring together leaders in drug development to collaborate, and on the Executive Committee of the International Society for CNS Clinical Trials and Methodology (ISCTM).

He is Professor of Psychiatry at University of California San Diego, Editor of the journal Innovations in Clinical Neuroscience, and the Lead Editor of the book Essential CNS Drug Development., published by Cambridge University Press. He has authored over 250 peer-reviewed publications, and numerous book chapters. He has been involved in initiatives by the Institute of Medicine, as well as the NIH FAST and the NIH NCATS programs. Previously, for almost 20 years, he was the Global Head of the Neuroscience Center of Excellence at Quintiles, now known as IQVIA.

In this role, he led the enterprise-wide strategy for neuroscience, encompassing drug development and health care services. He was responsible for numerous successful drug development programs that have led to dozens of approved new treatments for patients.Dr. Kalali regularly speaks at national and international scientific meetings on topics including drug development, clinical trials, innovation, technology, digital medicine, biohacking, and health.Dr. Kalali’s contributions have been recognized by life sciences media including The Medicine Maker’s Power List and the PharmaVOICE magazine’s Inaugural Red Jacket award, recognizing those who have been most lauded by their peers