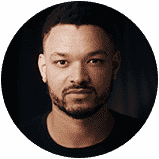 From a bedroom in Manchester, this university drop-out built what would become one of the world’s most influential social media companies when he was just 21 years old, before taking his company public at 27 with ‘current market valuation of £300M+’

Steven acts as a speaker, investor, author and content creator, hosting Europe’s most downloaded Business podcast, ‘The Diary of a CEO’.

He is widely considered one of Europe’s most talented and accomplished young entrepreneurs and philosophical thinkers.