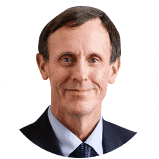 Previously Bob was Director of Regulatory Affairs at Glympse Bio where he led the approval of synthetic protease activity sensors used in immuno-oncology and liver disease (NASH, NAFLD) indications.

Prior to that, he held Regulatory and Quality positions at Sanofi, Onduo (Sanofi-Google Digital Health joint venture), and Philips. Before that Bob was Director of Product Development at RenaMed Biologics, which had a combination product in clinical trials to treat acute renal failure. Prior to joining RenaMed, he held senior positions at Argose (minimal invasive glucose monitoring) and was a founding Scientist at Molecular Geodesics (MGI). Before MGI, Bob was an Assistant Professor at Harvard Medical School. Bob holds a Ph.D. in Cell and Molecular Biology from UC Berkeley, and has Regulatory Affairs Certification (RAC) from the Regulatory Affairs Professional Society (RAPS).