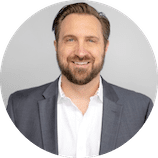 David Keene is a veteran of both the video game and digital therapeutics industries. He was the Senior Architect for the Sony PlayStation Network and has created critical technology for Sony, Rockstar, Trion, and others in the areas of commerce, security, content delivery, and architecture. Within the field of digital therapeutics, Mr. Keene co-founded Dthera Sciences, a company that produces Reminx, a Digital Therapeutic for Alzheimer’s Disease. The product he developed was granted Breakthrough Device designation by the FDA and was named among the “Top 4 Best Designed Products in Digital Health of 2019” by Rock Health, alongside Apple Watch and Apple Health Records.

Mr. Keene began his career as a software engineer developing e-commerce sites, databases, and online tools for the retail and home building industries. He subsequently co-founded a company that developed a stock and media tracking system to predict stock promotion activity, leading to a successful exit in less than two years.

A cancer diagnosis at the age of 35 led Mr. Keene to decide to start something that could have had a more meaningful long-term impact. He founded Everystory, Inc. to commercialize an interactive cloud-based social media platform, combining photo and audio sharing technologies designed to consolidate and archive families’ precious memories for future generations. Everystory became Dthera Sciences in 2016.

In 2016, Mr. Keene became CTO of Dthera Sciences, where he was the architect and creator of DTHR-ALZ, a product that was granted FDA Breakthrough Device designation as a treatment for Alzheimer’s disease. This product is a combination of fully customized hardware and proprietary software, with a two-sided artificial intelligence (AI) that included not only a frictionless user engagement platform using text messaging but also a proprietary and complex emotional recognition software using cameras and facial landmark data. Mr. Keene accomplished the monumental task of taking the hardware aspect of the product from ideation to complete manufactured custom hardware in less than 18 months, with thousands of hardware units successfully manufactured.