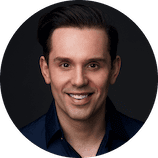 In 2000, Christian co-founded Ribopharma (original patents for RNAi technology) which merged with stock market listed US SPAC Alnylam in 2003 and has a $13bn market cap today. Since then, Christian has created, co-founded and invested in numerous successful companies, has raised over $2bn for his portfolio companies and has been involved in more than 50 successful IPO- and M&A-transactions either as an entrepreneur, investor or banker/advisor.

Today, Christian is one of the most active and significant investors in European fintech companies with a special focus on cryptocurrencies and blockchain-related business models. Apeiron’s cryptocurrency investments are mainly done via its subsidiary Cryptology Asset Group PLC. Among various other investments, Cryptology is the largest institutional shareholder of Block.One, the company behind EOS, one of the most successful protocol tokens.

With his biotech company atai Life Sciences, Christian has the ambitious goal to develop solutions for the more than 300 million people who suffer from depression, especially by bringing back formerly vilified drugs like psychedelics into the legal realm. With his biotech companies Rejuveron and Cambrian, Christian is developing drugs and technologies which have the potential to significantly prolong human life span and ultimately defeat death.

In addition to his entrepreneurial activities, Christian places great value on social, political and societal commitments. He is a Young Global Leader of the World Economic Forum, a member of the Presidential Advisory Council of His Excellency President Paul Kagame of Rwanda and a member of the Milken Institute Young Leaders Circle. Christian is a board member of Vienna-based Hayek Institute, a Libertarian and free-markets-focused think-tank and a member of The Court of the London School of Hygiene and Tropical Medicine.

Passionate about the arts and film, Christian has (executive) produced 21 feature films including critically acclaimed movies like Filth, Aspern Papers and Hector And The Search For Happiness. He is the largest shareholder of DEAG, the largest live entertainment company in Europe, producing over 4,500 shows per year from pop to classic and from exhibitions to family entertainment. Christian has a unique art collection centered around the theme “Psychedelics / Entheogens”.