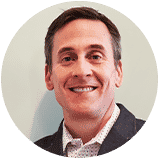 Bill joined atai Life Sciences in 2022. Previously, Dr. Connors was Director of Chemistry with Summit Therapeutics where he was responsible for drug substance manufacturing for the phase 3 compound, ridinilazole.

He has held several positions in both research and development, including Epizyme where he contributed to the marketed product, Tazverik® and several early-stage compounds, Genocea Biosciences where he led the drug substance efforts for Genocea’s personalized peptide-based cancer immunotherapy program, and Ensemble Therapeutics where he advanced Ensemble’s DNA-Programmed Chemistry drug discovery platform in the production of peptidomimetic libraries.

Dr. Connors holds a B.S. in Biology from Virginia Commonwealth University, a Ph.D. in Organic Chemistry from Tufts University, and an M.B.A. from the Isenberg School of Management at the University of Massachusetts Amherst.