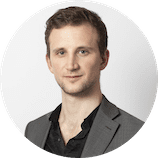 Allan studied economics and international affairs at the George Washington University. During this time, he developed serious depression and was diagnosed with obsessive compulsive disorder. After experiencing what he calls the “psychopharmacological crucible”, Allan came across psychedelics-assisted psychotherapy, which helped him achieve remission and resume his studies.

After graduating from University, Allan spent several years working in the non-profit sector as a fundraiser and community organizer, serving as Membership Manager and lead fundraiser of the Coalition to Transform Advanced Care, a membership-based advocacy organization working to transform the Medicare payment system. During this time, Allan realized that the support gap faced by those with serious and chronic illness is analogous to the one faced by those with mental health issues, especially when their conditions are considered treatment resistant.

This led Allan to take a position as a communications professional supporting ATAI Life Sciences AG, a biotech platform dedicated to transforming mental healthcare by bringing about a shift towards holistic, person-centered care in the system at large.

For Allan, the key to transforming care for those with serious mental illness is recognizing that the causes of depression are not yet fully understood, meaning that currently available treatments are – at best – a palliative guessing game. As with other serious illnesses, the best measures of remission and quality care are the patients themselves.

“Current therapies — which focus on symptom management rather than bottom-up healing — place the patient in a passive role, ignoring what makes each person’s experience unique. By contrast, psychedelic therapy puts the individual in the driver’s seat, showing – rather than telling – the person how to approach mental wellness.

I categorically reject the notion that we lack the means to treat serious mental illnesses. The issue is not that we cannot do so, but rather that we don’t adequately involve the one individual who stands to actually make an impact; the person themselves.”